When I first came across DISC in 1989, I was skeptical about DISC. How could the 20-30 set of words in a DISC test help me recruit quality salespeople?

I had signed up for a marketing conference in L.A together with 200 other attendees. One of the presenters Jim Cecil, a Vistage coach, distrtibuted my first exposure to DISC .

It was pre-Internet so administering the test was quite different. in the end, 200 attendees to a $25,000 a seat conference were“ooing” and “ahing.”

Jim explained that DISC alone, is not enough to identify best sales candidate. Without an test to elicit Values, you won't find top performers.

That said, I took that tool back to Virginia and we began running 100's of profiles every month. And what I discovered very quickly was the version of DISC we were using was too difficult to use in sales hiring.

We tell our clients 50 applicants per postion minmum. (We used to say 20-30 but applicants have become more clever at faking a track record of success.)

Using the version we had been using with its 20-30 pages of dialogue was too confusing. Plus the verbiage was open to interpretation in any number of different ways.

SInce 1989 I tested 14 different versions but never got closer to a tool that gave us "thumbs up" or "thumbs down."

In 2003 I decided to create my own proprietary DISC. What I needed was a sales test that told me, "Should I call this applicant in for an interview or not?"

Most DISC tests have one fatal flaw: They are too vague because they are for many positions. That's why the Advanced Hiring CORE Style Filtration Extractor(tm) is a sales-only.

We're happy to share it with any sales manager who is sick and tired of being disappointed with their sales hires. Click the button below and we're happy to show you an easier, more accurate way to use DISC. 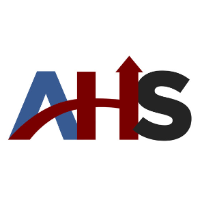